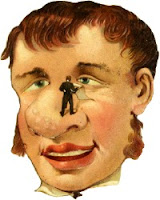 Aaron Shepard is a professional storyteller with a long list of traditionally-published books to his credit. Most are adaptations or retellings of folk and fairy tales, legends, and myths--often, more obscure (but fascinating) ones. His books have been deemed A.L.A. Notables, Aesop Accolade winners, and Bank Street College and N.Y. Times Bests. And they're frequently "selected" by the New York Public Library, the California Collection, and the Junior Library Guild.

But it's Shepard's self-published list that Poe wants to focus on today. First, a novel that twists the tale of a lesser-known legendary monster:

Timothy Tolliver and the Bully Basher

First sentence of online sample: Arnie walked all around the robot, admiring it. "You know what this reminds me of? The Golem."

Legends describe the Golem as a giant, animated clay warrior created to protect the Jews of Prague against persecutors. Here, the threat comes from classroom bullies, and fourth-graders Timmy and Arnie hope to find a defender in their science-project robot. But like the original, Timmy's Golem acquires a will of its own.

Rated S for Snapped up.

Taking a more literary turn, Shepard's Ancient Fantasy Series retells portions of four epic narratives sure to pique kids' interest. In each case, he cannily selects episodes likely to grab the attention of a wide range of middle-graders. His storytelling voice varies to hint at the style (prose or poetry, grandiose or conversational, noble or comical) of the original. These mini-novels would make fun classroom read-alouds, too. No dumb-downs, they use the real names of people and places, and provide information on how to pronounce them.

First sentence of online sample: The next day, after the midday meal, Pwyll said to Manawydan, "Let us walk again on the Mount. But this time, we'll bring my horse along."

A series of interrelated bard-told tales about a Welsh King and Queen. Familiar notes and themes (such as the marvelous sack that can never be filled) may remind some readers how tales from distant times and places all seem to have sprung from the same batch of original story seeds

First lines of online sample: Vainamoinen chanted / and Joukahainen sank in the marshy ground, / up to his waist in the swallowing earth.

The builder of the world and the forger of the sky compete for the hand of a sorceress's daughter.

First sentences: If you think Superman or Spiderman has been around a long time, think about Monkey. He has been China's favorite superhero for at least five centuries.

The newborn Monkey's eyes shoot golden rays that penetrate even the walls of Heaven. He is "destined to become an enlightened being, a true Buddha. Yet before he does, he will offer us no end of mischief." Shepard selects two episodes from the epic—Monkey's birth, and "the one time he didn't come out on top."

First sentences in the online sample: She-Mwindo heard the noise. He went to the house of his favorite wife. He saw the boy and was full of rage. "What is this? Did I not say 'no sons'? Did I not say I would kill him?"

But when the father throws his spear, the baby breaks the weapon in two. Who wouldn't want to read on?

All four books Rated S for Snapped up.
Posted by S C Poe at 7:38 PM